Only 30 minutes from Portugal’s capital city Lisbon, Sesimbra is one of Europe’s best destination to spot the bottlenose dolphins in the wild.

Get your friends and family together to visit these amazing animals in the wild and learn all about their habits, features and behaviors while enjoying your tour in one of ours dolphin watch boats.

Experience unforgettable moments, for all those that are seeking to go on a dolphin watch tour in their natural habitat for the first time!

On the return swim and snorkel in a secluded bay of the Arrábida Natural Park while tasting a local moscat wine – experience all the highlights of Sesimbra region in this dolphin watch tour!

In the dolphin watch tours both short-beaked common dolphins and bottlenose dolphins are a frequent sight while cruising through Luiz Saldanha marine park. Pilot whales, dwarf sperm whales and even Orcs can also be spotted along Sesimbra´s coastline!

Daily tours between April and October with a dolphin watch sucess rate of 100% since 2013! Other dates available upon request!

Licensed by the Institute for Nature Conservation and Forestry – ICNF with license no. 8/2016 for cetacean watching, which allows us to perform the dolphin watch program in Luiz Saldanha Marine Park waters following the conduct standards that are in harmony with dolphin and marine mammal habitats and dynamics thus ensuring their routines and behavioral dynamics aren’t exposed to high stress levels, rather harmful, primarily to calves in their development stage.

Plan your trip and dazzle yourself with one of the world’s most amazing places for dolphin watching in their natural habitat, with 100% success rates in all our boat tours and only 18 miles from Lisbon!

Contact us if you have any query regarding all you’ll need to enjoy a great dolphin watching tour!

Stop in one of Sesimbra´s amazing bays for snorkeling and swiming into this crystal clear waters.

Stand Up Paddle Board, GoPro

Daily transfer Lisbon/Sesimbra/Lisbon – from €25 per person!

Bottlenose dolphins are the most famous species of dolphin in the world.

Due to their distribution in the North Atlantic, sightings along the coast of Sesimbra and Arrábida Natural Park are quite common.

In the estuary of the River Sado also lies a community of 30 dolphins of this specie, who found there the perfect refuge to live and prosper.

They are large animals measuring up to 4 meters and weighing 400kg of great intelligence with habits, behaviors and characteristics unique in the animal kingdom.

The bottlenose dolphin has a robust body, a sturdy head and short broad beak and distinct from the head. Its food is based on small fish, squid, octopus and crustaceans, abundant species in the Sado estuary and in the Marine Park that bathes the Arrábida coast.

The Short-beaked common dolphin may be mistaken for other species of dolphins, such as pilot whales.

These dolphins are fast swimmers that can reach up to 60km per hour and are well known for their acrobatics.

This species has a length ranging from 1.6 to 2.4 meters, and can reach between 100kg and 200kg of weight, and females are slightly smaller than males and have a maximum lifespan of 35 years.

The short-beaked common dolphin feeds on a wide variety of pelagic fish such as sardines, small mackerels and anchovies.

They are often sighted in the summer off Sesimbra in groups of 10 to 100 or more individuals.

The orca is the largest member of the dolphin family.

He is known for being a versatile super-predator of great intelligence.

Contrary to its popular name “Killer Whale” indicates, this designation, has no direct correspondence with its behavior, but it was actualy known as “Whale Killer” a name given by the fishermen of the 18th century who were the first to report the behavior of hunting in pack that the Orcas adopted when feeding on other species of cetaceans.

In September and October it is common to carry out occasional sightings of orcas on the entire north coast of Sesimbra up to Cabo da Roca and even on the south coast along Arrábida.

During this period, identified groups of Orcas leave the Mediterranean and head to the North Atlantic and Arctic Circle passing off Cape Espichel at the western tip of Sesimbra in search of winter prey.

Killer whales are fed by pelagic fish, whales, mollusks, marine mammals such as seals and sea lions, turtles, and even sharks; some of these species such as pelagic fish are quite abundant in the sea off the coast of Arrábida and on the coast of Sesimbra and this species of cetacean is present in all Oceans.

Male killer whales can measure up to 10 meters in length and weigh up to 10 tonnes, females are smaller, reaching 8.5 meters and weighing between 6 and 8 tonnes. 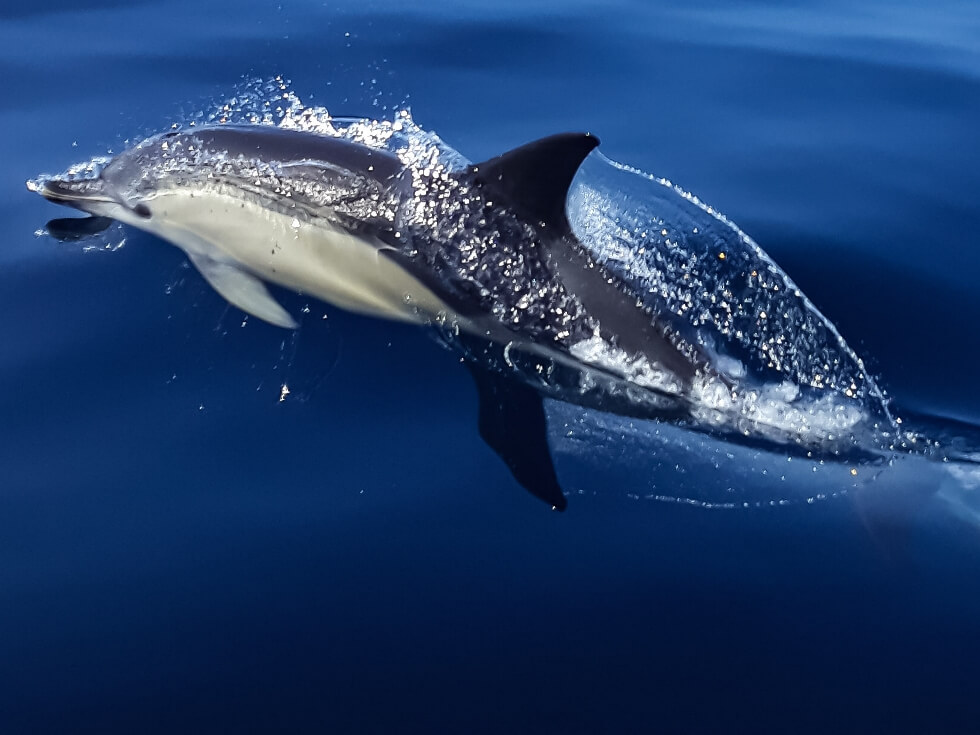 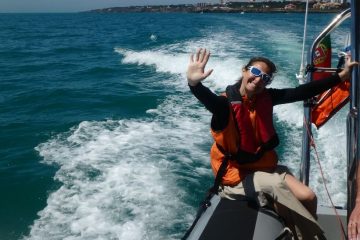 Come on board in our speedboat on
all year
1h 30 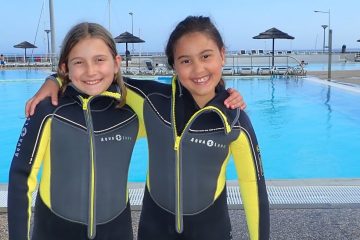